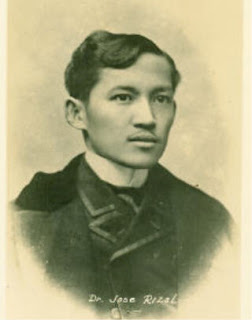 FOR JOSE RIZAL, FILIPINO ANTI-IMPERIALIST REVOLUTIONARY: On his 59th birth anniversary by E. SAN JUAN, Jr. Philippines S tudies C enter, Washington DC On the occasion of Rizal’s 150th birth anniversary in 2011, the Paciano Rizal Family Heritage released for sale replicas of an exquisitely handcrafted book devised by Rizal when he was in exile in Dapitan (1892-96). The improvised fortune-telling kit bears the title, “ Haec est Sibylla Cumana”/  “This is the Sibyl of Cumae,” a book of oracles (Yuchengo 2015). The figure referred to is the priestess/prophetess presiding over the Apollonian oracle at Cumae, a Greek colony near Naples, in ancient times. She played a pivotal role in Virgil’s  Aeneid, helping guide Aeneas in his journey to the underworld to visit his dead father Anchises. Bridging the realms of the living and the dead, the old and the new, she reminds us of her sisters (the most famous being the Sibyl of Delphi) who also offered to help smooth the passage of the tr
Post a Comment
Read more
More posts