U.S. GENOCIDE IN THE PHILIPPINES--a tribute to Gore Vidal 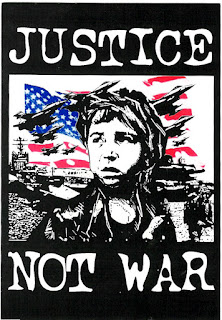 U.S. GENOCIDE IN THE PHILIPPINES AND THE CONTINUING STRUGGLE FOR NATIONAL-DEMOCRATIC LIBERATION by E. San Juan, Jr. Except during the sixties when the Filipino-American War of 1899-1902 was referred to as “the first Vietnam,” the death of 1.4 million Filipinos has been usually accounted for as either collateral damage or victims of insurrection against the imperial authority of the United States. The first Filipino scholar to make a thorough documentation of the carnage is the late Luzviminda Francisco in her contribution to The Philippines: The End of An Illusion (London, 1973).          This fact is not even mentioned in the tiny paragraph or so in most U.S. history textbooks. Stanley Karnow’s In Our Image (1989), the acclaimed history of this intervention, quotes the figure of 200,000 Filipinos killed in outright fighting. Among historians, only Howard Zinn and Gabriel Kolko have dwelt on the “genocidal” character of the catastrophe. Kolko, in his magisterial M
Post a Comment
Read more
More posts