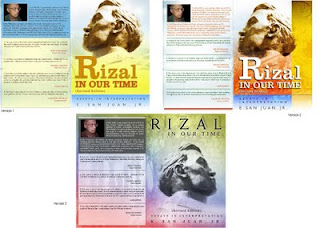 SISA’S VENGEANCE: RIZAL & THE MOTHER OF ALL INSURGENCIES By E. SAN JUAN, Jr. Liberty is a woman who grants her favors only to the brave. Enslaved peoples have to sufffer much to win her, and those who abuse her lose her….Les femmes de mon pays me plaisent beaucoup, je ne mk’en sois la cause, mais je trouve chez-elles un je ne sois quoi qui me charme et me fait rever [The women of my country please me very much. I do not know why, but I find in them I know not what charms me and makes me dream.] --Jose Rizal, Epistolario Rizalino; Diary, Madrid, 32 March 1884 Religious misery is at once the expression of real misery and a protest against that real misery. Religion is the sign of the hard-pressed creature, the heart of a heartless world, the spirit of unspiritual conditions. It is the opium of the people…. After the earthly family is discovered to be the secret of the holy family, the former must then itself be criticized in theory and revolutionized in practic
Post a Comment
Read more
More posts