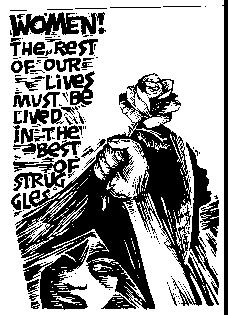 U.S. GLOBAL CAPITALISM'S HUMANITARIAN BLESSING : TORTURE OF WOMEN POLITICAL PRISONERS IN THE PHILIPPINES by E. SAN JUAN, Jr. Listed early this year by the UK ECONOMIST  as an upcoming Asian Tiger with 6-7% GDP growth, the Philippines (with half of its hundred million citizens subsisting on less than $2 a day) is more renowned as a haven of the terrorist Abu Sayyaf than for its minerals or its bountiful supply of advertized Filipina brides and maids for the world market.  A recent chic staging of Imelda Marcos' fabled extravagance in New York City may cover up the nightmare of the Marcos dictatorship (1972-1986) for the elite or the gore of the 2009 Ampatuan massacre. But the everyday reality of human misery and plotted killings cannot be eluded. Dan Brown featured Manila as the "gate of hell" in his novel Inferno. Are we in for a super-Halloween treat? What often pops up between the cracks of commodified trivia are the detritus and stigmata of U.S. intervention i
Post a Comment
Read more
More posts